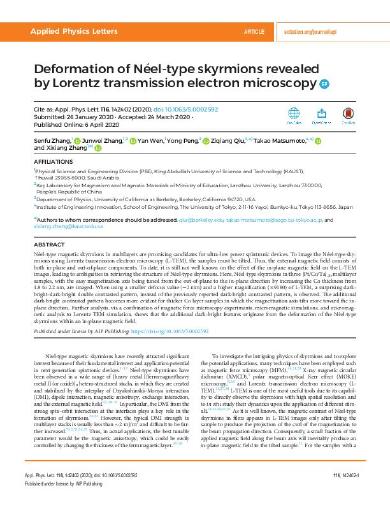 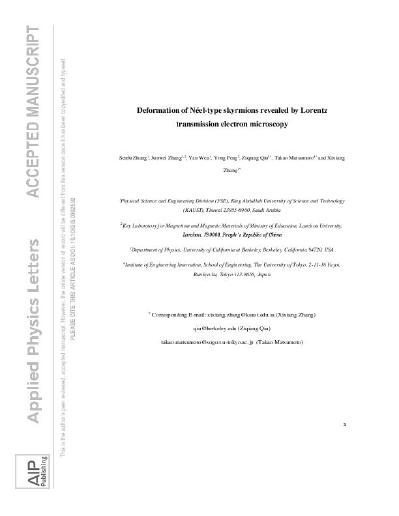 Neel-type magnetic skyrmions in multilayers are promising candidates for ultra-low power spintronic devices. To image the Neel-type skyrmions using Lorentz transmission electron microscopy (L-TEM), the samples must be tilted. Thus, the external magnetic field consists of both in-plane and out-of-plane components. To date, it is still not well known on the effect of the in-plane magnetic field on the L-TEM images, leading to ambiguities in retrieving the structure of Neel-type skyrmions. Here, Neel-type skyrmions in three [Pt/Co/Ta]20 multilayer samples, with the easy magnetization axis being tuned from the out-of-plane to the in-plane direction by increasing the Co thickness from 1.8 to 2.2 nm, are imaged. When using a smaller defocus value (2 mm) and a higher magnification (9100) of L-TEM, a surprising darkbright-dark-bright double contrasted pattern, instead of the previously reported dark-bright contrasted pattern, is observed. The additional dark-bright contrasted pattern becomes more evident for thicker Co layer samples in which the magnetization axis tilts more toward the inplane direction. Further analysis, via a combination of magnetic force microscopy experiments, micromagnetic simulations, and micromagnetic analysis to Lorentz TEM simulation, shows that the additional dark-bright features originate from the deformation of the Neel-type skyrmions within an in-plane magnetic field