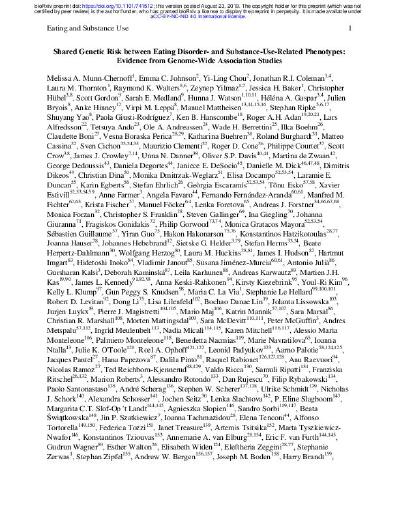 Grant support for individual authors can be found in Table S10.This study included summary statistics of a genetic study oncannabis use (Pasman et al [2018]Nature Neuroscience). We would like to acknowledge all participating groups of the International Cannabis Consortium, and in particular, the members of the working group including Joelle Pasman, Karin Verweij, Nathan Gil-lespie, Eske Derks, and Jacqueline Vink. Pasman et al (2018) included data from the UK Biobank resource under application numbers 9905, 16406, and 25331.