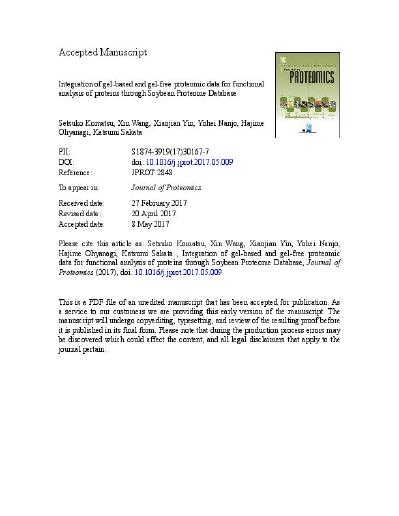 We thank Mr. Shunsuke Fujieda of the Maebashi Institute of Technology, Japan for construction of the database. The authors also thank Dr. Kazuhiko Sugimoto of the Institute of Crop Science, NARO, Japan for support of the database. This work was supported by JSPS KAKENHI Grant Number JP15H04445. The Soybean Proteome Database (SPD) has been constructed using the “Virtual Lab System” in the Tsukuba Business-Academia Cooperation Support Center, Japan.